As we have done for four years now, the time has come to give an update on the state of gaming in our household. The entries this year are some you’ve come to expect, a few new entries, and a few titles that have been put to pasture. So, with that being noted, let’s get right into it. 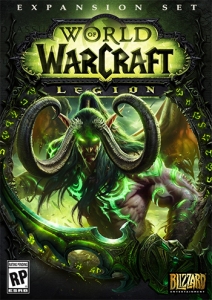 You probably saw this one coming. World of Warcraft has been a staple in our household since 2014 when the wife and I kicked off our first expansion together with Warlords of Draenor.

Last year, we joined a guild in the game and finally broke the “casual” gamer archetype as we raided and ran Mythic+ dungeons completing Heroic difficulty and leading dozens of fellow players online in championing our cause.

Let’s just say our little one going to be at 7:30PM has left us with more time than ever to sit around the house. In a twist of fate, I’ve had more time to embrace my video game hobby now that I have a little one than I did before. It’s awesome and it has helped seal WoW as a family title that I suspect will be around for at least a few more years.

The wife and I know that eventually the little one won’t be so little anymore and as their interests grow we won’t have as much time to laze about the house in the evenings, but for now we’re going to embrace the opportunity!

Especially when we have a new expansion coming out later this year!

This one was a surprise to be sure. As the new year got underway, an extremely popular “hunger games” like arena game known as PubG became really popular. At the time, a game known as Fortnite appeared to be struggling to get a foothold in the gaming community.

Until they released Fortnite: Battle Royale.

The single spawn, free for all, PvP matches pit 100 players against each other in an effort to see who can be the last one standing. Unlike it’s competition though, the developers also incorporated a Minecraft like building element to the arena, which means you can mine and spent resources to build forts and cover yourself from enemy fire. It really is an amazing mashup of some of the staples of video game essentials from the last several years, and to top it all off, the Battle Royale arena mode is free to play.

That’s helped to draw in millions of players, myself included, and suddenly the game is a very popular hit.

On top of that, the Save the World campaign is immensely entertaining to play and while it will no doubt get repetitive in time, the drive to upgrade my gear and weapons and characters is all to familiar for me and I’m happy to burn some midnight oil for that shiny epic upgrade.

I play Fortnite on the Xbox, and it’s been a long time since I’ve had a really good reason to boot up the box for a new title. That being said, Fortnite also takes the first step toward breaking down the walls that have limited my gameplay options with Cross-Compatibility across almost every platform. For the first time in my gaming career, I can be a game with a squad of allies playing on an iPad, PC, Mac, or Xbox. All together. Same server, same match. It’s actually REALLY impressive.

Good luck to the mobile gamers brave enough to join games with PC players. You have my respect. 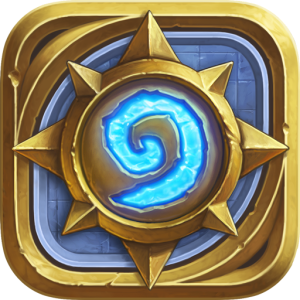 On the mobile side, I’ve been lacking in what I play. The first part of it is that I am actively engaged in my main games so I don’t find myself in front of my phone screen long enough to play anything these days.

When I do, however, I’ve fallen back on Hearthstone. I don’t actually play the game’s multiplayer, or even bother building a deck or collecting cards. That’s like 90% of the game, I admit, so what exactly is it that I’m doing when I play?

It’s so easy to get into and it’s a lot of fun. Much like Fortnite above, this mode is a one shot deal. You start off on a simple boss, fight your way through, and then get on to the next one. All the while you collect new cards that strengthen your hand and you move onto the next boss. When you’re finally defeated, the board is washed and you can start again next time.

It’s kind of the polar opposite of the things I used to enjoy in gaming. I was once all about progression and time invested in my games, but 2018 is proving to be a year of simple adventures that come to a solid conclusion without carrying over to the next thing.

In the past we’ve talked about Ark: Survival Evolved. It’s a great game for anyone that has the time/energy to get a server up and running and modified ever so slightly to your play style.

Plus, lets face facts, you get to run around attacking, taming, breeding, and fleeing from dinosaurs! It’s the Jurassic Park experience we all wanted as children, but couldn’t have because dinosaurs aren’t real.

During 2017 we spent a fair amount of time running around in Ark and we accomplished a lot, but the game is a time sink, there’s no doubt, and with WoW already eating up our schedule we had to slowly phase it out.

At some point in 2018 we hope to get a clean server up and running and try out the newest Ark expansion, Aberration. The gameplay changes, the new environments, and new animals would be refreshing while keeping us anchored in a game we already know and love.

Meanwhile, on the mobile front, a new Skylanders game is supposed to be coming down the pipeline for mobile. We’re not sure what is in store, but we know it’s from the company Com2us, which is responsible for the successful mobile game Summoner’s War.

Honestly, mobile games are hit or miss and the Skylanders have had their share of misses in the mobile market (namely all of them) and I’m not sure what this means, or if it’ll even be fun for us to play. Regardless, the wife and I have long loved the Skylanders games and we will be happy to see something carrying the franchise title coming to our screens this year! We’re hopeful! We expect that to land sometime around Q3 2018, which seems far away, until you realize we’re about to start Q2 next week.

Here’s to a few of the games that have come and gone over the last year:

The list is shorter this year than in years past. I know that this is heavily tied to two things:

Exciting notes on both ends to be sure, but as WoW’s expansion dies down and a new one isn’t set to release until the end of September, the window is open for the other titles to claim more time.