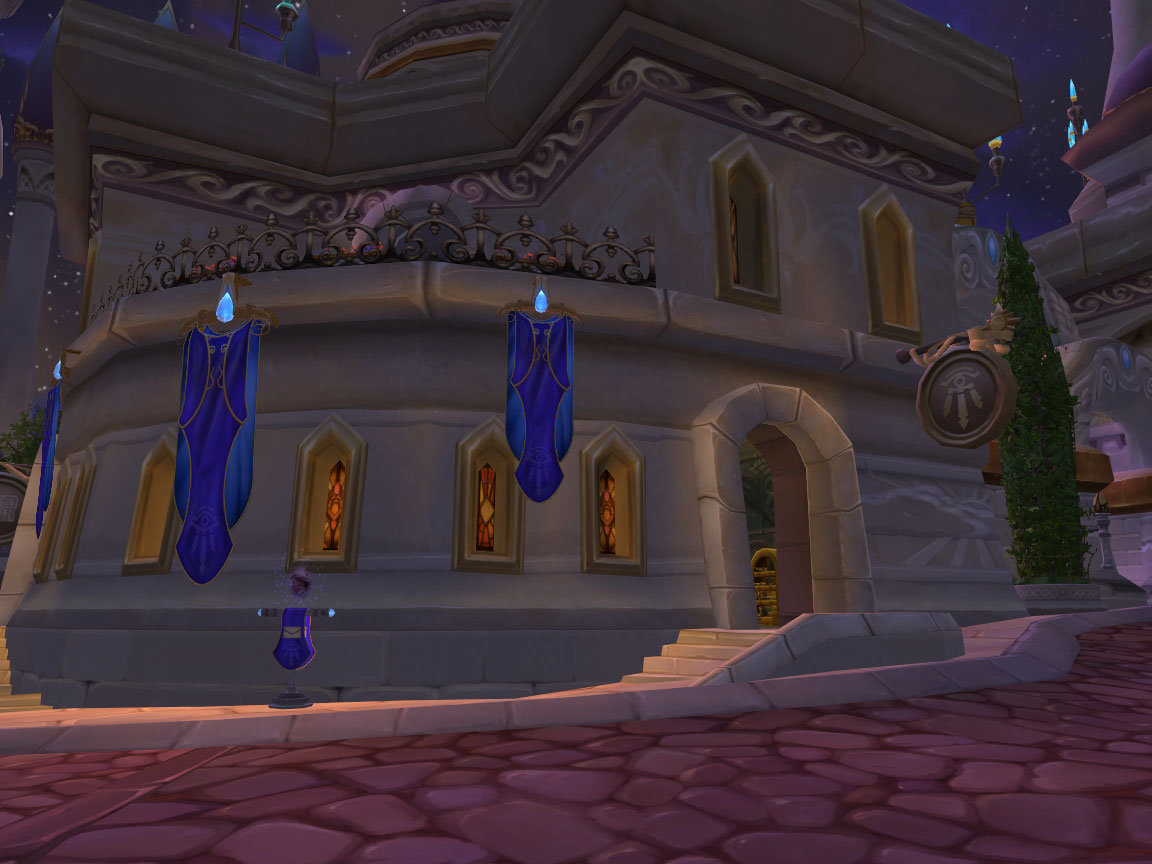 The truth left his mouth in one simple sentence. By now I’d given up on the idea of being mad. The revelation impacted my life so little that it was comical to think this might be a dramatic reveal. No, I simply wanted to know the why.

“You could have just told me,” I replied.

“Ten years of telling a story wears on you,” Maron replied. “Aside from your friend Angus, I’m not sure anyone has ever questioned my parentage.”

“But how did you end up in this position? Your name is Maron Sepher, you opened the family vault, you live at the Sepher mansion? Why did you fabricate this story?”

“The first war against the horde, it was devastating. My family, your mother’s family, lost everything. We fled for the safety of Stormwind, but even there we were no match for the orcs. I stayed to fight while your mother fled aboard the merchant ships. I had been friends with your father before the war and he had offered to see her to safety. That was the last time I saw her.”

Maron paused for a moment, gathering himself.

“When the city fell, the surviving soldiers fled north along the coastline. The orcs, having claimed our city, did not pursue for long. We were lost and confused by all of the chaos, but we soon rallied and started trying to strike out against orc caravans in order to steal food and supplies. It wasn’t glorious and in time we thought we would likely starve to death or be killed in an ambush.”

“Surprisingly,” he continued,” the fighting did not intensify. The horde, rather than solidifying their power, quickly pushed to the North, practically abandoning Stormwind’s ruins. A few of us dared to return for anything that might help us survive. The city was largely in tact. The wood buildings were gone, burned to the ground, but the walls and stone structures had endured. We quickly started moving people back into the city and fortifying what we could. It offered us far more security to stay there than stay in the woods.”

“How long did this take?” I asked.

“At least a few years. By the time we had gotten ourselves fortified, a ship was spotted coming toward the harbor. We approached it cautiously, assuming it to be pirates, but we soon discovered it was a ship from Lordearon. Soldiers had come to resecure the city and prepare to assault the enemy from the South, cutting them off from their supplies and securing a victory for our people. We aided them as we could, and you know the rest of that story.”

“We won the war and closed the Dark Portal,” I said knowingly. “What does this have to do with you?”

“After the fighting, I made my way outside of Stormwind and found a farm and sizable manor still in tact. I decided to make it my home. So many of us had been killed in the war, I did not expect a wealthy landowner to show up to claim it.”

“No,” Maron said. “Your mother and father had passed by now. It was only you left.”

“So it was the Sepher Manor?”

“That’s right, and while no one claimed it as their own, several nobles were aware of who it belonged to and challenged me to prove that I had a claim. I, being quite a fool, declared myself the son of Ciganis Sepher and demanded that they disprove my claim.”

Maron chuckled. “Well, that’s the funny part. You see, back during the fighting, we had raided the old Stormwind bank to look for any metals we could forge into weapons. We’d found nothing but empty rooms… save for one. The Sepher vault, still protected by Ciganis’ spells. The nobles stated that it was a type of blood magic that Ciganis had used to protect his wealth and that only Sepher blood could open it. So, to prove myself, I would simply open the vault and claim my gold.”

“Surely you didn’t think it was going to work?”

Maron laughed. “No, I did not think it would open, but I was neck deep in this and I had a lot of respect on the line. I thought, worst case, they would call me a liar and I’d make a joke about giving it my best try and things would go back to normal.”

“But it did open?” Kaellax asked.

Maron nodded. “I put my hand on the vault, there was a slight sizzle against my hand, the crank twisted, and the door opened. I hadn’t seen so much gold in all my days.”

Maron shook his head. “No, but you are.”

“You were born, Sionis. My sister’s blood is in you, and you are a Sepher, which means that I am also carrying Sepher blood. So the spell let me in. At least, that’s how Sonea explained it to me after the fact.”

“She sought me out after the rumor reached Dalaran that Ciganis’ son had claimed the Sepher wealth. She was caring for you and was concerned I was a cheat who had come to take all your money. When she confronted me I came clean about the whole thing. She kept an eye on me as I got the farm running, making sure I was doing what was best for you.”

I felt a tear welling up in my eye. “She always is watching out for me.”

“That’s right,” Maron said with a grin. “Always the watcher.”

“So then you just played the role of a Sepher until the day I showed up,” I said. “It makes sense that you wouldn’t have tried explaining all this to me. I knew there had to be a good reason.”

“A reason,” Maron said. “Not really a good one. I should have been honest with you from the start.”

“You have been an amazing Uncle. I hate that you felt you had to hide the truth, but the truth isn’t terrible and you used your abilities to save our family’s legacy.”

“Well, I guess that is that then,” Maron said with a grin. “Shall we get out on the town?”

I was about to agree, when Kaellax sat at the table, her face looking rather grim. She set a book down and I recognized it as the forbidden tome I had written about in my letter.

“Where did you get this?” she asked.

“Do we have to do this now?” Maron asked. “I just got a lot off my chest. I could use a drink.”
Kaellax shot a glance toward him and he held up his hands in defeat. She looked back to me I simply shrugged. “I needed a tutor. A higher student came to give a lesson and gave that to me. I assumed he was a warlock.”

“This book is nonsense and the author was rightfully damned to madness. What do you need help with?”

A smile crept across the warlock’s face. “Good. We will begin tomorrow.”

I didn’t know what to say, so I just leaned over the table and gave her a hug. She resisted for a moment and then begrudgingly accepted.

“Wonderful,” Maron said with a clap of his hands. “Now can we go get a drink?”