As Amanda and I recently sat down to log onto our favorite game, World of Warcraft, I couldn’t help but look at the character of Sionis on the selection screen. He’s a level 100 mage now, but he’s become a part of my life in a special way.

I remember it well because my good friend also created a character to play that night. The two of us entered the World of Warcraft for the first time and everything I thought I knew about video games changed forever. We were introduced to a living, breathing, game universe. Our first night in the town of Goldshire introduced us to the Darkmoon Faire and the wonders of dancing bears and level 60 characters (the maximum player level at the time).

During college, WoW was a great alternative to the real world that waited just beyond my door. At school I was just a “B” student working on his degree and spending too much time/money on things I ought not spend money on. In WoW, I was a powerful hero of Azeroth making a real difference for the world where he lived.

I played WoW off and on for several years, but due to the increasing stresses of life I eventually threw in the towel to finish my schooling.

I didn’t play again until 2010 when I was wandering through Wal-Mart and saw a copy of Wrath of the Lich King on the shelf. At this point in my life I had finished college, my personal life had been turned upside down, and I was now living in a new city while I tried to establish my career in Technical Writing. The big news was the upcoming WoW expansion in December. It was October when I rejoined the game.

As I rushed down the hillside with my character Sionis, I remember thinking to myself…

This mage has been through a lot. He doesn’t really have a story… or he does… and I just haven’t told it yet.

Those thoughts led to the creation of the WoW Adventures.

At this point, Sionis started to cross the threshold of game character and fictional character. The adventures that Sionis went on in the game were controlled by me (the player) and then I was adding a layer of fiction on top of the game and building Sionis into something more personal. So, the longer I played the more I connected with Sionis the Fire Mage of Stormwind. I really did enjoy coming home and writing another adventure.

As times moved on, my life outside of the game grew more interesting and adventurous. I got a better job, then got a new position, and eventually moved to Alabama. The entire process took less than three years. The amount of time I spent playing WoW plummeted to a month here or there but nothing long term.

When nostalgia would hit, I would consider going back to WoW. My friend would usually talk about rejoining me if I did. We gave a good run at all the other games that came our way. We tried Rift, Tera, and really hoped for success with Star Wars: The Old Republic. I don’t know if I just wasn’t as invested in the game or maybe I just had on nostalgia glasses, but each of these games failed to pull me in like that night in Goldshire when Sionis had seen his first dancing bear.

Once I had Amanda in my life, my interest in returning to a large MMO game was reignited, but as I pulled her around from game to game we found nothing was really sticking. Even the much anticipated Wildstar failed to hold me in.

Then life got even more interesting. I got a new job in Atlanta, Amanda already having secured her job in the same city. It was time for me to abandon Alabama and begin the process of merging our relationship into a single dwelling.

It wasn’t until we had a little time to settle down that the desire to game it up crept back into the scene.

The Warlords of Draenor

By now, Sionis the Fire Mage of Stormwind had missed an entire expansion. The Mists of Pandaria had come and gone and now the news of a new expansion was blasting through the speakers. Still, I was hesitant to go back to the MMO that I had left behind. By now I had stopped playing WoW for the longest time since I first subscribed. As the news came down about the new features in the game I started to lose my resistance. When Amanda expressed interest in playing again, I knew I had little reason to avoid it.

Then, the cinematic trailer was released. The dangers in the cinematic were familiar to me. I was a Warcraft III veteran. The lore was coming full circle and suddenly I felt like I needed to revive Sionis to combat the in-game dangers to come. This time, however, I wasn’t going it alone. Amanda had been put to the test and she was ready to join WoW as an experienced gamer.

Meanwhile, the continuing updates to the backend of the game made the content more accessible for individuals like myself. The addition of Pet Battles and Raid Finder had been a great way to help keep my ADD gaming mentality at bay, while the addition of Garrisons has proven to be very effective at making me come back for more each day.

Oh, and there’s the story. What an adventure! The entire experience from 90-100 felt awesome! For the first time since playing in 2010, I felt like the WoW Adventures weren’t needed to add any layers to Sionis’ story. Blizzard had already done the work, complete with amazing cutscenes and fun quests.

Amanda and I are in love with each other… and World of Warcraft. 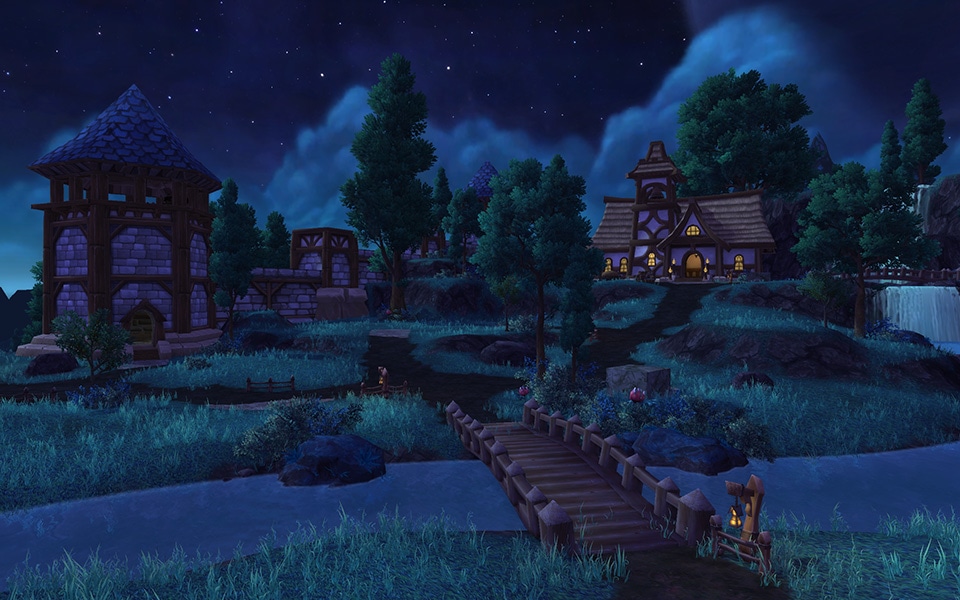 Blizzard has boasted great confidence that more expansions are on the way and gamers should be ready for the new content that’s coming. Amanda and I, husband and wife, now stand as Sionis and Iliera in the World of Warcraft. When the next adventure rolls out, we will be more than ready to fight against whatever evils may come for us!!!

For now, it’s time to max our skills, craft some cool armor, run some raids, and battle our pets. If we get lucky, Patch 6.1 will bring us even more updates for our garrisons and we can see what other secrets Draenor might hold!